The versatility of a telehandler: from the sky to the desert

The most appreciated quality of agricultural telehandlers is their versatility.
To complement this inherent multifunctionality, at Dieci we have also developed a series of accessories that enable our telehandlers to carry out the most diverse tasks. This is why our telehandlers are often used in polyculture, which by definition involves a variety of different tasks, and on farms with special requirements.

The two cases we present in this article focus on such specialised farms:
the first concerns a very particular type of agriculture that requires covering huge distances and using aircraft for sowing and fertilisation, rather than tractors and land-based transport.

The second case is turning a dream into reality: transforming desert into fertile ground.
From the sky to the desert, this is how our Agri telehandlers prove their indispensability

New Zealand is a remarkable and beautiful country where agriculture and livestock remain traditional sources of income.
In many ways it is a country at the cutting edge, having been the first to experiment with aerial farming in 1906, when farmer John Chaytor used a hot-air balloon to sow lupin seeds over his family estate!

Post-war New Zealand was also the proving ground for the practice of topdressing, which uses aircraft to sow seeds and fertilise crops.
At the end of the Second World War, farmers started to fertilise their plots from above by taking advantage of the Royal New Zealand Air Force’s plentiful supply of leftover bombers and transport planes.

To date, over 112 aerial seeding and crop spraying companies operate daily in New Zealand with a fleet of over 230 aircraft of various types.
One of them is Southern Aviation, which uses an Agri Max 75.10 as its “ground crew” for rapidly resupplying aircraft with seeds or fertiliser.

The aircraft in question is a Fletcher FU-24 (an American ex-military plane successfully converted for agricultural use), which takes off and lands throughout the day from dawn to dusk, using all available daylight hours.
These planes work on multiple plots that are often miles apart, so rapid resupply is essential. Just like in Formula One, every second counts!

After landing, the pilot immediately turns the plane around so that it is ready to take off once refuelled.

Our Agri Max, equipped with a special quick-release hopper, approaches the aircraft and uses its extending boom to position the hopper over the special loading hatch.
Within a few seconds, one tonne of seed or fertiliser is transferred from the hopper to the plane.

Then, as soon as the Agri Max has moved a safe distance away, the plane takes off again and the Agri Max fills the hopper for the next load.

The procedure is guided by strict safety standards, because one collision or leakage of material that interferes with the controls could have dangerous repercussions.

An Agri telehandler along the Nile

The North State Project, funded by the Al Rajhi International Group, is an agricultural development programme for the Al Ghaba region in northern Sudan. 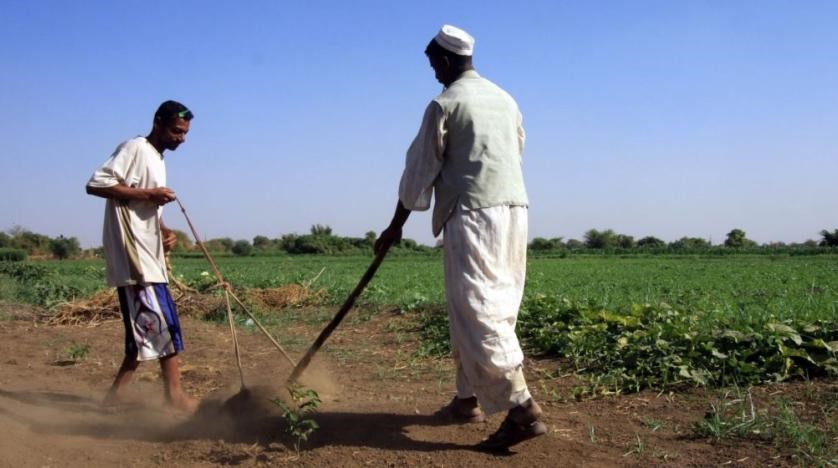 The aim of the project (together with similar initiatives underway along the Nile river basin) is to increase the production of cereals and animal feed by constructing an infrastructure network of irrigation channels and pumps to collect water from the Nile, in addition to drilling deep wells.

The installations, which extend for several dozens of kilometres and are energy self-sufficient thanks to photovoltaic systems, have spawned a proliferation of agricultural oases that form a stark contrast with the semi-desert landscape. 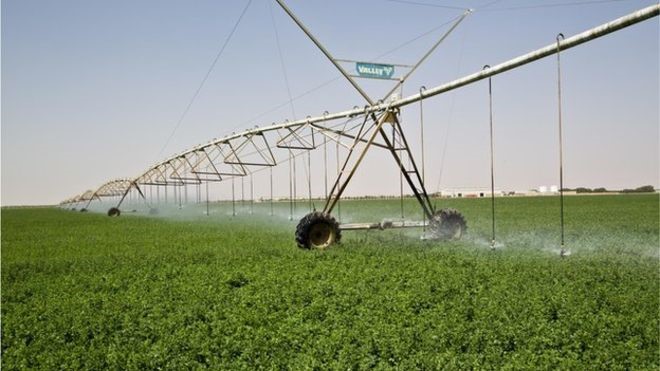 The crops are destined for consumption by the people of Sudan and Saudi Arabia.
Both countries are actively engaged in the joint initiative, with Saudi Arabia supplying advanced infrastructure and technology, while Sudan contributes large plots of land and labour.

Project engineers chose a telescopic handler from the Agri line to help farmers cultivate this land reclaimed from the desert.

The new Giugiaro Design cab is always highly appreciated by farmers who work in extreme conditions (cold, heat, dust, noise, etc.). In addition to its excellent air conditioning, the vehicle also has: